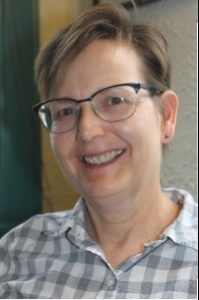 I was born on an army base where my father was a flight instructor. My earliest years were spent following him from base to base, including a stint in Germany after he became a civilian employee of the U.S. Army.

After getting my undergraduate degree at Emory University, I studied in Europe for several years before moving to California and earning my PhD at the University of California, Santa Barbara. Then, for almost twenty years, I taught college students—training them how to read, write, and think.

In 2011, for family reasons, I gave up my university job and moved with my husband to Montgomery, Alabama. In 2012, I received a certificate in copyediting from the University of California, San Diego—Extension , and I’m now a professional writer and editor. In addition to ghostwriting, I’ve published numerous newspaper and magazine articles, one biography, and, most recently, a historical true crime, The Axeman of New Orleans: The True Story. In the summer, I lecture for Smithsonian Journeys on trips to the U.K. and Ireland.

While writing The Axeman of New Orleans, I interviewed a lot of law enforcement officers—police officers, detectives, lawyers, profilers, and a Medical Examiner. I even took Montgomery’s Civilian Police Academy.

Although I was already a true crime buff (Ted Bundy has a lot to answer for!), the experience gave me a renewed admiration for the expertise and professionalism of the men and women who form the thin blue line. At the same time, because of my years as an army brat, and my own brother’s service in Operation Desert Storm, I have a special place in my heart for those whose sacrifices often go unrecognized.

My goal as a ghostwriter is to help these—often unsung—heroes to find their voice and to use my skills as a writer and storyteller to tell their stories.